Advocate Bio with all Social Media and PSA Campaign Links:

I hope you learn and elevate your consciousness while I validate the reasons why I support the Trump Administration for their verified policies that halted the many torturous crimes that were being executed against me during the Obama Administration for exposing Pedophile Rings in Georgia. All Administrations after Reagan and before Trump was responsible for Gross Human Rights Abuses and Corruptions to American Citizens while neglecting the welfare of kids against the pandemic of the sexual predator crimes to minors by molestation and sex trafficking.

I have dedicated the last 5 years to work Full time as a Volunteer advocate/activist challenging Weak Laws & Legislation while bringing awareness about these horrific crimes to minors and the Public officials who work in our Government that are both Enablers and sometimes Perpetrators.   Advocates like myself who don’t join and adapt to Deep State & Cabal Policies are kept from opportunities that can allow them to excel financially to prevent a platform of resources that could support exposing the system.  Please support your alternative media sources when possible. http://www.paypal.me/AlanFountainAdvocate 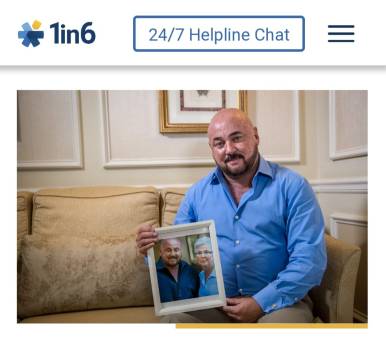 My Top Eleven Articles related to The Geopolitics Of Molestation & The Deep State  Enabling of the Pedophilia and Sex Trafficking Pandemic.  (I had to become a writer at age 50 to Survive the Deep State Attacks Orchestrated by Paid Handlers as I learned the MSM was Fake and No One Was Going To Come to My Rescue or Tell My Story.)

THIS IS A VIDEO INTERVIEW OF MY FIRST PUBLIC DISCLOSURE DISCUSSING THE TARGETING AND PSYCHOLOGICAL TORTURE FOR EXPOSING THE DEEP STATE CORRUPTION.

An Over 25-page Article that has been read in over 180 Countries by over 75,000 plus readers in just the USA alone. The Covert Military Operation Going On Behind the Scenes in The Trump Administration that Is The First in the History of the USA to Support Non-Cabal Advocates authentically, Survivors of both Sex Trafficking & Youth Molestation. This is a Full Fledge Swamp Draining that is a “Trump Tzu” Military Campaign that has engaged a Citizen Digital Army of Citizen Journalist to Expose Persons Guilty of Serious Human Rights Abuses and Corruptions along with Treason, Sedition Charges, and violators of the Smith Act by Corrupt Politicians and Globalist Corporate CEOs for actively participating in a Campaign to Launch the ONe World Government Political system.

Excerpt from below Article:

“The horrible night of Torture by Atlanta, GA Cops and a Grady Ambulance Crew who acted out the above events listed in the BAD DEEDS hyperlink. Click on the photo of Clayton Baggett’s photo that describes the events of 4/9/2015 that happened to me less than 4 months after reporting Pedophile crimes and Corruption directly at the offices of the Atlanta FBI & to the GA Northern region of the DOJ in 2014 that was headed by Sally Yates.

Oddly these are similar agencies alleged by Trump to possibly have gone rogue in his scenario. Also, I was harassed and psychologically tortured by CIA style “No Touch Torture Techniques” which are covert methods that don’t leave scars and will prevent the target from having physical evidence allowing for claims to likely be discredited and the targets claims dismissed due to a public admission of having sought clinical therapy in the past.

They had hoped I could be diagnosed with a paranoid personality disorder after covert torture to discredit my reputation for recounting my experiences. They incentivized my physician to record this unsubstantiated diagnosis in my medical records before his being promoted to an affluent position with an agency in a Prominent Oligarch/Cabal community in the California Desert. These covert type methods are being exposed routinely by reputable journalist and analyst outside of the elite monopoly owned and controlled MSM. ” 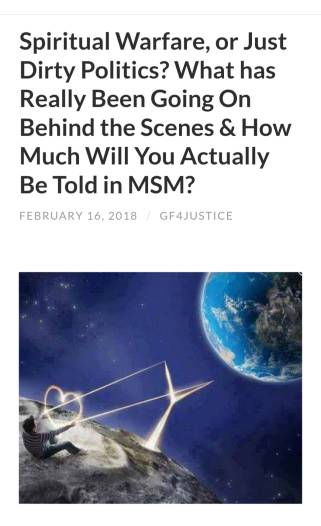 2. Q-ANON and The Killing of the Deep State Khazarian Pedophile Mafia.

Published on American Digital News:  Server malfunction so go to duplicate article on LinkedIn in below LINK:

For those that are not aware of what is going on across the globe and originating from the current administration; there is an international war going on behind the scenes to destroy the Deep State Pedophile & Sex Trafficking Cabal /Cartels and the related crimes so freely allowed in past administrations. Written by Alan Fountain 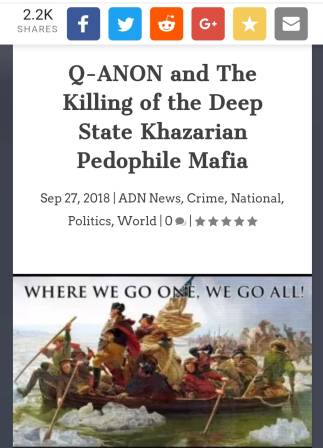 This deep-state pedophile cabal became a threat to our democracy and the Sovereign Republic of America. It is responsible for establishing a prior political system based on Blackmail, Bribes, and/or Pay for Play Incentives, mostly by using pedophilia or some form of satanic ritual participation to hold over the heads of those seeking political office or to be a part of the oligarch business power complex.  Written by Alan Fountain 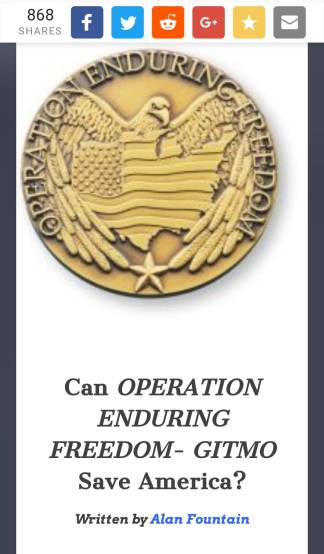 4. What Does a DC Political Swamp Draining Look Like?

Published on GF4Justice.com and on LinkedIN ( Similar Content aside from different graphics in each article although 2 separate platforms.) 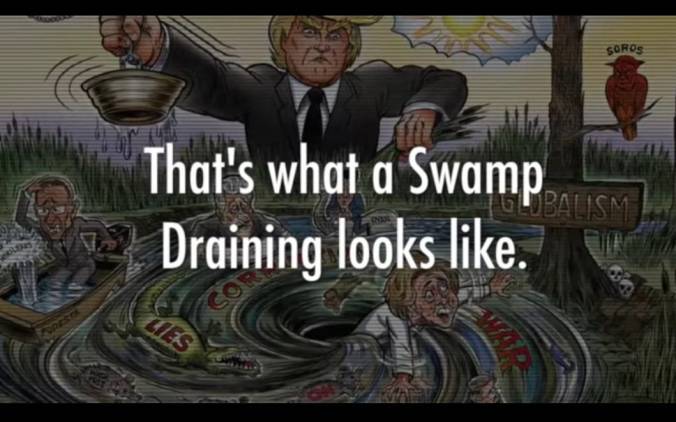 5. The Great Awakening and the Esoteric Use of the Gematria/Numerology Codes 11:11 & 11 During a DC SWAMP Draining. Q Math?

In The Below Article, I will Share My Discernment and Interpretation with Decoding Energy, Vibration and Frequency as an Adjunct to Language & Universal Communication. I will share how Synchronicities and Coincidences can often be Higher Consciousness Communication.  The Article Concludes by Posing a Theory to Ponder – Did Queen Elizabeth Surrender to President Donald J. Trump in July 2018? 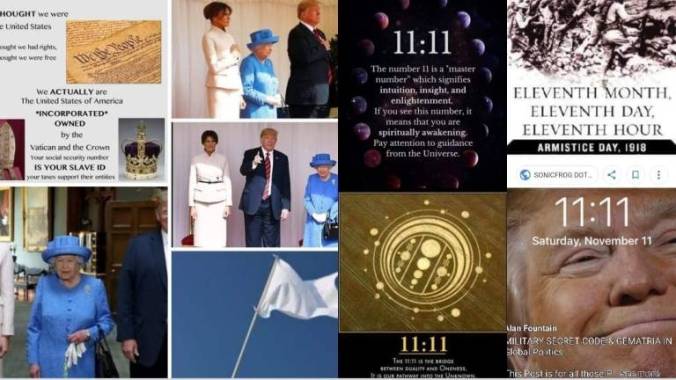 6.  How Can Q-anon Save America? Is the Game Rigged? Do Molestation, Rape, and Pedophilia Feed the Deep State Monster as a Bribery/IncentivesCurrency? 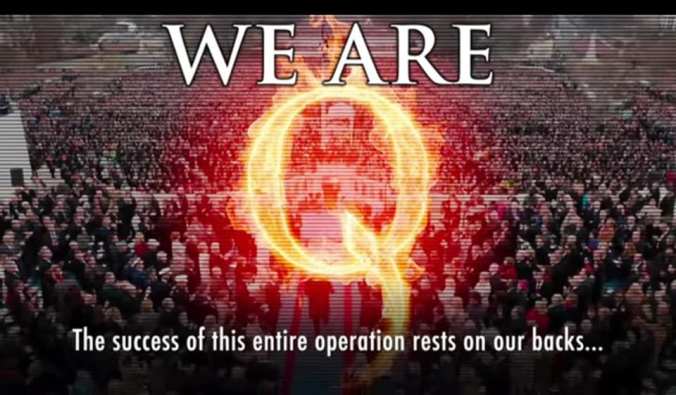 7. Three Thousand CEO’s Step Down During Trump Administration for What Reason? Could it Be Connected to QANON Exposing Ties to Crimes Against Humanity?

GO HERE FOR THE MAP OF LATEST 5,100  RECENTLY UPDATED FROM THE 3000 CORPORATE LEADERS FORCED TO STEP DOWN: Be sure to look at all the references at top of the map. In the PLAYERS section, it has persons separated by Patriots or Traitor Pawns. There is a Complete list of Indictments by Jurisdiction:  https://qmap.pub/resignations 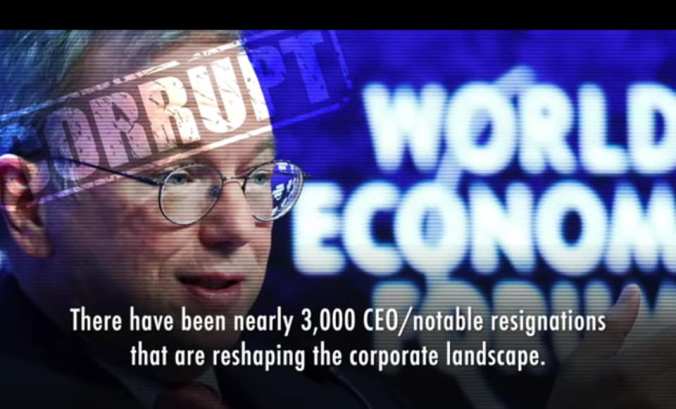 I felt it vital to update our followers on the progression of the Trump Administration’s execution of the SWAMP DRAINING Military Operation. While the FAKE NEWS Media has continued their Trump-bashing and Treasonous violations of the Smith Act, Trump continues steadfastly redefining the combination of Sun Tzu and modern Social Media Warfare to coin a new Style to be known as “TRUMP TZU” warfare. Post by Alan Fountain

“Deep State Establishment Puppet Politicians from both parties coordinated through the DNC a British Collusion plan by a Treasonous Coup Against Trump’s Presidency.” Written by Alan Fountain

(IT IS IMPORTANT TO WATCH THIS VIDEO BEFORE COMPREHENDING THE HISTORY LESSON OF AMERICAN BANKRUPTCY.) The Link is in article but small and might miss important phase so placing here.  LINK: https://www.bitchute.com/video/0C6yDRXwIyzd/?fbclid=IwAR3oQiKQnnRyzTvgkq6Xts0Iywck6d3cnuDStZg6zi8roXvIoNCyY8J

What is the Truth Behind The Term “FAKE NEWS” and What Does Trump Know about The Globalist Swamp Weaponizing Media to Enrich Their Cabal? Written by Alan Fountain

Thank You for donations to our Citizen Journalist Platform & Volunteer Advocacy  Network to help fund operations. All research and awareness campaigns are created from a donation & contribution network. After sustaining an injury due to the retaliation by a lobbyist network that protects pedophiles working from home writing is how I sustain a livelihood.   Thank You for any and all Contributions, Alan 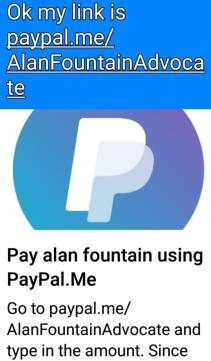 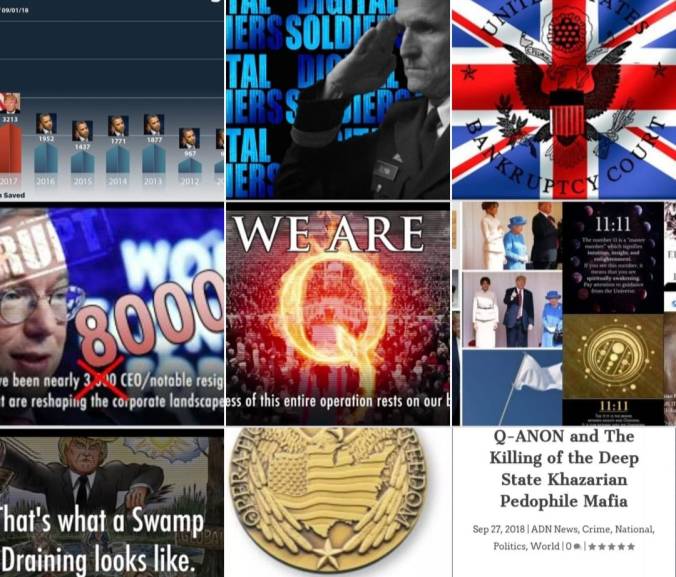 7 thoughts on “Collection of Articles Written by Change Agent Advocate Alan Fountain about the Behind the Scenes War Against Treasonous Globalism & Perpetrators of Sex Crimes to Minors.”