I am a Geopolitical Researcher & Investigative Analyst Mapping the Loopholes Preventing Pedophile Molestation Justice, a Media Spokesperson, Social Media Mgr. of 5 Awareness Campaigns, and a Writer at GA Families for Justice based in Atlanta, Georgia. My interests range from Travel, World & Space History, and Anthropology. I am also interested in Political Satire, Metaphysics, Christianity, and Great Food.

An outline of my “Cautionary Tale” an overview of my surviving youth molestation crimes prior to my adult journey as an Activist/Advocate seeking justice for myself and others from my hometown community hoping to pave a path for the many millions denied justice with this American Pandemic.    This link was a former Go Fund Me Page-  that was de-platformed and prevented from success in 2015 during my legal battle when I learned survivors have no civil legal rights against pedophilia crimes. The Cabal had influence over every institution to prevent survivors from seeking justice.  Most media stories of victim justice were crisis actor skits that gave Advocates a platform to go into politics and help gaslight the public to protect pedophiles. I kept the link because it tells my early story In a summary narrative. Not an active fundraiser.

Campaign Outline of my “Cautionary Tale”

If you’d like to get in touch, feel free to say hello through any of the social media links below.  My Professional Bio is on LinkedIn and can be read in detail by clicking on this link or through multiple other formats listed below:  (any link not working such as this one is due to the recent censoring by cabal owned platforms)   LinkedIN Professional Bio

To View my National (PSA) Public Service Announcement that is a survivor companion to the celebrity NO MORE campaign in partnership with 1in6 .org  Website for 1in6 Organization for Adult Male Molestation Survivors    Click this Link for My Personal Story: https://1in6.org/get-information/bristlecone/alan-fountain/ 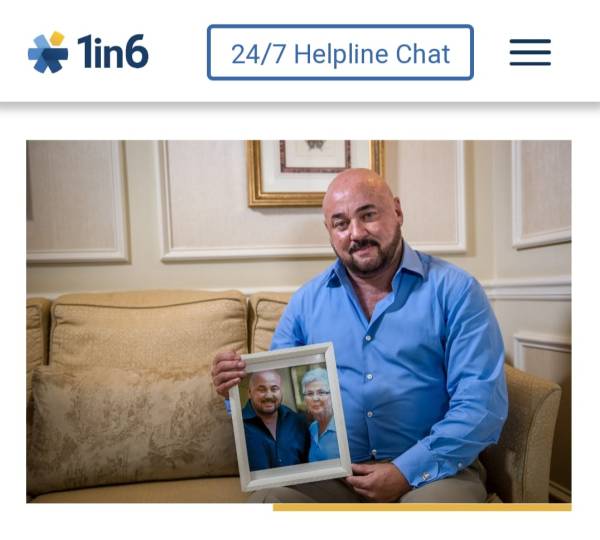 Founder and Executive Director of NGO Citizen Coalition:   Accomplishments included participating as an original team member drafting the original bill language for House bill 17 Sponsored by Rep. Jason Spencer. I was responsible for pushing to see that “Window Legislation” was included in the initial draft and age 53 was written as the Extension age for Civil Statute of Limitations following National Advocate Marci Hamilton’s book suggestions based on recent changes in other states. ( I was betrayed by this National Advocate who in my opinion is a Deep State Gaslighters)

(This involvement was Prior to Learning that it was Corrupt and a Deep State Sponsored Fraudulent Law designed to in my Opinion Laundry Money to help repeat the scam across the USA while protecting the Pedophiles. Basically, it was Corrupt Betrayal To Molestation Survivors. This law name and concept reoccurred in NY entitled The Child Victims Act. Child USA merits a Federal & Military Investigation for a Sinister Agenda.)

I acted as the Social Media Architect creating the Largest Social Media Awareness Campaign across Georgia and America beginning 8 months prior to the Legislative session utilizing all top social media venues. 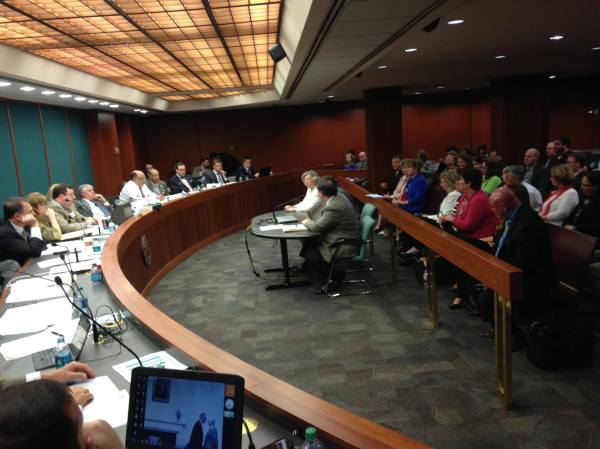 (Senate Judiciary Testimony Hearing by Senate Chairman Mckoon with full Judiciary Cmte. Testifying in this Photo is 72 yr.old lady seated whose son is an attorney sitting beside her testifying powerfully while showing great dignity to his mother disclosing the trauma impact of sex abuse to minors testifying it is still Traumatic to this Day even at 72. Brave Lady. Alan Fountain seated far right in the first row of Photo waiting to testify. — at Georgia State Capitol.)

This Bill began as a (R) RINO partisan Bill to meet an honorable situation from Camden County GA where the Bill Sponsor Originated but Mr. Fountain fought hard to have Democrat Sponsors included to bring levity and fairness to Voice Victims Concerns from all of the Citizens of Georgia equally and to include his hometown Community of Upson County with an at Risk unchecked Predator Culture with over 4x the national average of Registered Sex Offenders per capita in all of America but was blocked from his ability to inspire a dialogue on Prevention Remedies to Safeguard future generations because Civil (SOL) prevented city officials, “in their words” from any Dialogue stating their Civil liability Insurance Co. forbid them to discuss the past. (50-second Video Link of My Crime Scene:)  https://www.youtube.com/watch?v=8bzf7JAKduk&feature=share

I attended every public meeting and hearing during a 12 month period right up to the last and final vote in the GA Senate witnessing the Legislative Process of Creating laws inclusive of how they make Fake Laws. I also attended all hearings in both the House of Legislature and the Senate. I testified for both the House Judiciary Sub. Cmte. and House full Judiciary Cmte. Attended all public hearings where the draft language was discussed and amendments were proposed. In Conclusion, Testified before the Full GA Senate Judiciary Cmte. which ultimately lead to a Landslide Victory Vote of 54 (Yea) 0 (Nay) by the Senate when Passing the 2015 Law THE HIDDEN PREDATOR ACT OF GA.

In 2010 is when I saw an interview with Michael Reagan the Son of Former President Ronald Reagan with whom I had developed a coincidental or possibly destined professional relationship that turned out to be a highly pivotal time in my life.  This encounter would eventually help to define my life purpose and focus to go public with my “Cautionary Tale” as an advocate & activist. It was my goal to help mitigate the suffering related to pedophilia molestation crimes for the estimated 60 Million adult survivors of this youth experience living in USA. This is a short Article highlighting the details of this trans-formative encounter with the Leader of the Free World.

Copy of A Facebook post Summarizing One of the Early Advocacy Attempts Plus Links to Molestation details which I had resourced while hoping to mitigate further adversity for our future generations, It opens with an Interview of me as a Community Stakeholder by a Graduate Student in Public Policy:

“Mr. Fountain spoke of being a survivor of a “childhood serial predator in Thomaston, GA of over 364 violations from age 9-16 from 1972 -1979 by the town’s most polarizing athletic Coach, hired by a multi-billion dollar conglomerate and in collaboration with the local town youth athletic program.” Without the opportunity for restitution, he became an authority and expert on the Statute of Limitations in Georgia. He is an extremely outspoken and passionate supporter of eliminating the statute of limitations entirely and feels anything short of this is a weak piece of legislation. He has followed HB 771 quite closely and has a very strong opinion as to why it has been challenging to get passed.” Sarah Serluco

This Is my Personal Validation That The Alleged Bread Crumb drops happening in the TRUMP Administration From an Alternative Media Network that has become a phenomenon exposing the Political Corruption Around Legislation and Politicians Protecting Predators Is REAL. I witnessed it and Implore all to Support The Current Covert Military Operation To Arrest these PLAYERS for Extreme Human Rights Abuses Covered In The DECEMBER 21, 2017 Executive Order detailed in articles on this BLOG site.

Article on the passing of what we thought was the Historic New Law called The GA Hidden Predator Act that I worked 16 hour days promoting for 2 years that Turned out to be A predator Protection Law and Kabuki Cabal Theatre. The Hidden Predator Act Team had GAS-LIGHTED Victims.  https://gf4justice.com/2015/03/

This is the Link to a Master Class Student who interviewed me as a Stakeholder and the only authentic citizen advocate organization watching over the LAW.
http://sites.gsu.edu/sserluco1/sample-page/

(The Biased Corrupt media would not report any truths of the process. I understand why Lobbyist targeted me to be disenfranchised and psychologically tortured although God’s army of Spiritual Warriors went to Battle in the Ethereal Realm to protect and guide me.)

Just 10 days after this Law Passed in the GA House Legislature came my punishment for witnessing the betrayal of molestation Survivors across GA. We were all excited it passed before I realized it was totally a fake law only allowing a VIP group to prevail. This was the beginning of a new campaign of fake laws they were hoping to go to every state: Glad I survived the Hit to be here to expose the fraud:

THIS IS MY VERY FIRST PUBLIC INTERVIEW DISCLOSING THE TORTURE RITUAL DONE TO ME FOR SEEKING JUSTICE FOR THE CRIMES AGAINST ME AS A CHILD. THE CORRUPT SYSTEM HAD ME TORTURED FOR EXPOSING A GA PEDOPHILE RING. Below This Interview Is 11 other Broadcast Interviews on many Other Various Geopolitical Topics taking Place During This Great Awakening-

LINK TO VIDEO INTERVIEW ENTITLED PEDO GATE WHERE I DISCLOSE A TORTURE RITUAL BY DEEP STATE FOR EXPOSING SATANIC SYSTEM.

COLLECTION OF ELEVEN WEEKLY PODCASTS ON THE NICHOLAS VENIAMIN SHOW:

THIS is the Radio broadcast I had with the now-disgraced Legislator forced to step down from his seat in the GA Legislature. I would like to think my confronting him in this live radio broadcast exposing his fraud helped him fall to prevent this conduct from returning again. Monica Has Since Our Interview Taken on A Prominent Role In GA Assisting Lin Wood with Broadcasting much of his Media Updates. 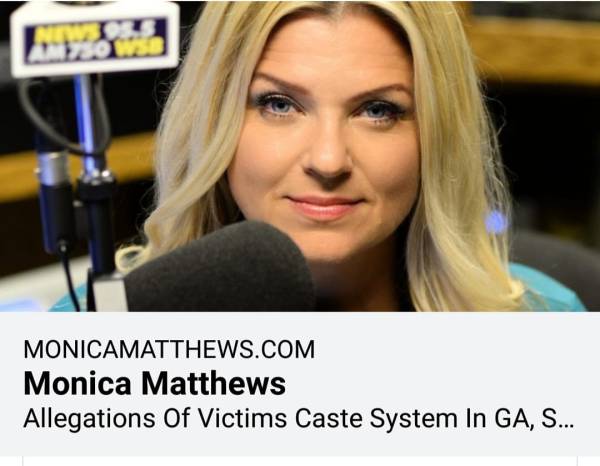 Link To Support My Petition to the future TRUMP White Hat Administration: